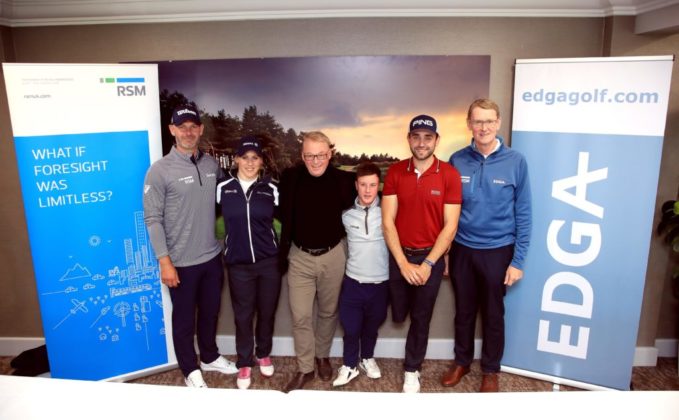 The European Tour’s drive for inclusivity in golf continued apace today with the announcement that two tournaments for golfers with disability will be run alongside two of this season’s biggest Rolex Series events.

In conjunction with the European Disabled Golf Association (EDGA) – which founded the new World Rankings for Golfers with Disability (WR4GD) now administered by the World Amateur Golf Ranking  – the 36-hole EDGA Scottish Open and the 36-hole EDGA Dubai Finale will be played on the weekends of the Aberdeen Standard Investments Scottish Open at The Renaissance Club and the DP World Tour Championship, Dubai at Jumeirah Golf Estates.

Ten male golfers taken from the WR4GD will have the opportunity at the EDGA Scottish Open from July 13-14 to tackle the same course set up as the European Tour professionals while the EDGA Dubai Finale will be of a similar model except the tournament will be played on Friday and Saturday (November 22-23), with eight players eligible for that event.

Scoring for both tournaments will feature on the European Tour’s website and App for fans to follow, while television coverage of both contests will form part of the world feed broadcast, and the winner in Scotland will also take part in the main prizegiving ceremony on Sunday afternoon.

Already recognised as global leaders in integrating the women’s game into the men’s professional arena, today’s announcement continues the European Tour’s quest to make top level golf available to all.

Keith Pelley, Chief Executive of the European Tour, said: “We are thrilled to make this announcement today, one which will offer golfers with disability the opportunity to play competitive tournaments alongside our professionals at two-world class venues. As golf’s global Tour, our core values are innovation and inclusivity and these two tournaments fit perfectly into both of those genres, as well as illustrating once again the unique health benefits our sport offers everyone. But this is just the start. We look forward to working with EDGA over the coming months and years as we build towards our aspirational goal of a ‘Golfers with Disability World Tour’ by 2021.”

The initiative was launched at the Betfred British Masters at Hillside Golf Club in Southport, where three of the game’s leading golfers with disability – Juan Postigo Arce, Brendan Lawlor and Caroline Mohr – played alongside European Tour champion and RSM Ambassador Paul Waring in the pre-tournament Pro-Am.

Waring said: “It was great to play with Juan, Brendan and Caroline today to give them a chance to showcase the golfing talent they possess. Very quickly it is not disability that is noticeable but the actual ability these athletes have for the game. It is great to see the European Tour getting behind this initiative and I am looking forward to seeing how the respective tournaments unfold later in the year. Just like today at Hillside when the crowds were excellent, I would encourage all spectators in Scotland and Dubai to get out and give these guys all the support you can.”

EDGA President Tony Bennett said: “The vision of the European Tour to include players from the World Ranking for Golfers with Disability in European Tour events is further evidence that the game is willing and able to embrace golfers of all abilities. EDGA has been a beneficiary of the European Tour either through donations, fundraising at the Portugal Masters, or more recently from its Foundation. Our relationship has grown ever stronger, and today’s announcement is a game changer.

“The athletes who will compete in these events will be some of the best in the world, but golf can be just as important for individuals with a disability who simply want to participate and gain some of the health-enhancing benefits that golf offers. I commend all at the European Tour for the spirit of collaboration that we have experienced during the development of this far-reaching initiative.”

Funding from RSM helped the EDGA players compete at Hillside today and the company’s support will also be evident for the players in Scotland and Dubai later in the year. RSM are also assisting the production of an EDGA film and launch of their new book, ‘MULLIGAN – tough love and second chances’ that showcases the power of the human spirit with 18 real life stories ‘Golfers with Disability’.