With golf participation down by 40% in the UK, and over 70* courses closing in Europe in the last year, grass roots golf is stuck in the sand. Along with getting the ball in the hole, multiple constraints with costs, travel, time and club access have all proved barriers that have been hard to dispel in recent years. 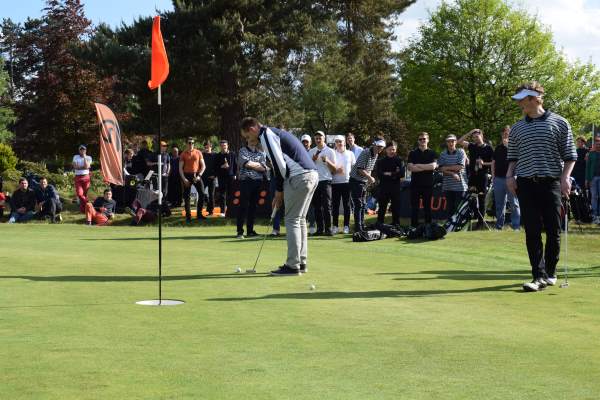 In an effort to overcome this, 1PUTT has officially announced a permanent residency at Thames Ditton & Esher Golf Course in Surrey, just south of London, marking a momentous step in modernising the game with the introduction of a new golf format never seen before.

Designed to boost participation and enjoyment, 1PUTT are revolutionising the golf experience, to make the game more exciting and accessible for all player abilities. With bigger holes, a fresh atmosphere and innovative formats, it’s golf, reinvented.

The traditional golf hole was inspired by a drainpipe at St. Andrews and hasn’t changed for 500 years. In order to combat dwindling numbers, 1PUTT’s design bridges the gap between those who have never played and those teeing off weekly to offer a fun and competitive golfing experience. Faster, more aggressive play with team scramble formats means all abilities can join in.

With no dress codes and team kits encouraged, the atmosphere suits the on-course DJs and bars for the perfect golf set-up. Caddy spots are available for those who want to come along for the fun and an après style party awaits those making their way back to the Clubhouse.

The very first 1PUTT residency will be located at Thames Ditton & Esher golf club just a few minutes’ walk from Esher train station where groups of any size will be welcome throughout the summer months. A short train journey from London’s Clapham Junction, it’s perfect for those looking to escape the city and, with full club hire part of the ticket, there’s no need to drag clubs on the train. 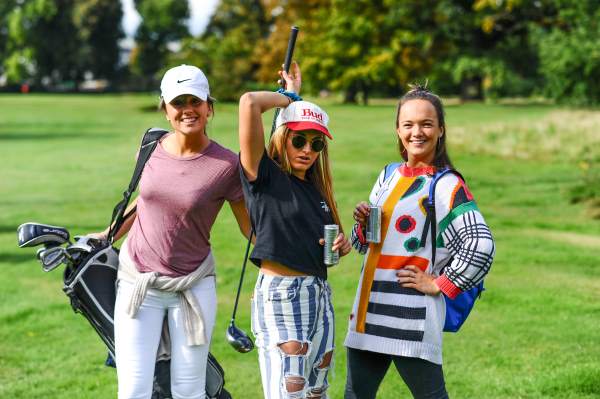 Founded by two brothers with years of family experience in the golf business, Harry and Ross McInley launched the first 1PUTT event in 2016, as a way to modernise the game. Since then, they have seen early success with packed events in Sunningdale Heath, Strawberry Hill, Redlibbets, Dukes Meadows and Banstead Downs along with a large-scale event for Durham University. The event has even been backed by England cricket batsman, Jason Roy who has enjoyed taking his aggressive approach with the bat and translating it to the tee.

Ross McInley, co-founder of 1PUTT said of the launch ‘We’re so excited to finally be bringing a new version of golf to the public. 1PUTT is the perfect platform for people to approach golf with a new mindset, encouraging participation for everyone and offering more than the traditional format. We’ve deliberately challenged the status quo to remove barriers and stereotypes associated with the game.’

Harry McInley, co-founder added ‘The new golf experience with DJs, relaxed dress code and on-course drinks is something most people never thought possible. Traditional golf courses all around the UK are struggling to get players to take part. 1PUTT is here to challenge the offering and bring friends together on the course.’

More information can be found at the official 1PUTT website here: www.1puttgolf.co.uk

game. Coming from a family in the golf business, the boys’ father has seen golfing success running Eagle, the UKs number 1 golf, signage and printing company. The residency at Thames Ditton & Esher will run every Saturday during the 2019 summer season welcoming groups of up to 300 a day.

Golf Business News – One Year Extension for AGIF Board
3 views