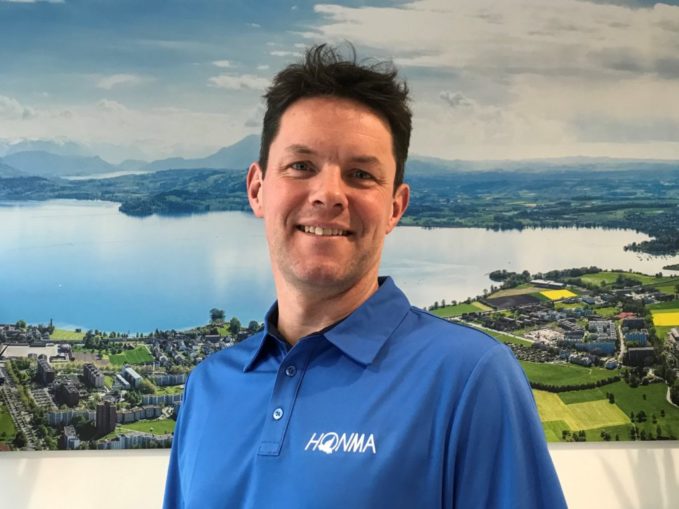 The premier Japanese equipment manufacturer, which earlier this month announced the signing of world No.1 Justin Rose to spearhead its presence on Tour, has added the former Mizuno EMEA marketing manager to its European team based in Zug, Switzerland.

“This is a key appointment for Honma in Europe, and we are delighted to welcome Tony to our team as we look to build the brand reputation and maximise our enhanced profile on Tour,” said Alejandro Sanchez, general manager of Honma Golf Europe.

Scott, who took up his new appointment this week, has more than 15 years of experience in sports and golf marketing. He left university with a degree in French and after working at Lloyd’s of London for six years he joined Sports Marketing Surveys in 2003. He then spent 18 months working on the European Tour before he became Head of Golf Research in late 2004. Five years later, his role became more focussed on business development, including other sports such as tennis, skiing, cycling and rugby.

In August 2012 he joined Mizuno as UK marketing manager and was promoted to cover the EMEA region following a company restructure in 2015.

“I’m thrilled to be joining Honma Golf at such an exciting time for the brand,” said Scott. “The launch of the new TWorld747 club range comes as the company celebrates 60 years in the golf industry, and I’m sure there is great potential for its premium products among Europe’s leading golf markets. I’m really looking forward to working with Justin and other world-class players set to join Team Honma and turn the brand into a major player in terms of golf industry sales in the coming years.”

Over the past two years, players using Honma clubs have won 37 titles around the world. They are played by leading women players Shan-Shan Feng and So Yeon Ryu on the LPGA Tour, and Japan’s Hideto Tanihara on the European Tour.