Currently the GCMA’s communications and marketing director, Phil, 48, will replace the outgoing Mike Hoare, who has decided to stand down after an illustrious 25 year involvement with the association.

After a short break from the industry, spent developing commercial sporting experience, Phil was appointed general manager at Royal Norwich in 2011, where he is currently leading the club towards the final stages of a historic relocation to a new venue. 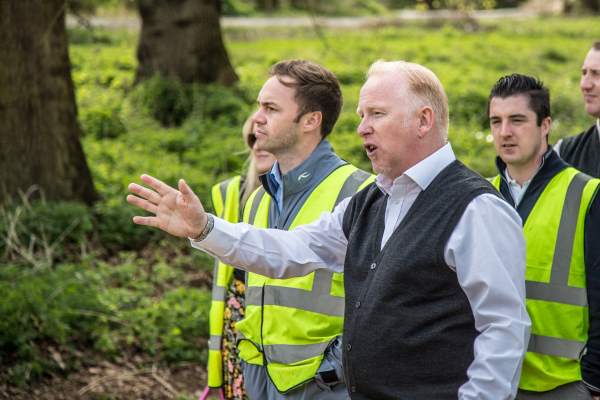 Following the club’s purchase of the former Weston Park GC site on the outskirts of the city, a return to the more rural surroundings – originally envisaged when RNGC was designed in 1893 – is nearly complete, with the new course due to open in 2019.

Having grasped this unique opportunity, Phil has gained a wealth of experience, which he believes will stand him in good stead for his new role: “Over the last three-year period of my career I have had to learn many new skills, adapt to changing circumstances, and implement the findings of huge amounts of research. I have also been on fact-finding missions to a significant number of clubs and spent time with plenty of my peers in the industry picking their brains about what makes their particular facility stand out, but also exploring their personal challenges.”

“I hope to use that perspective of what is happening across our wider industry,” Phil explained, “To challenge why we currently do what we do – much of which is very much on the right lines – and help to ensure that we continue to cater for the needs and demands of the modern golf club manager.”

Explaining that he is also keen to offer the association’s staff the sort of help he has received at RNGC, Phil said, “We couldn’t have delivered what we have without the support I’ve received from my committee and board over the last few years. My chairman, in particular, has guided me through a very challenging period, and I am eager to ensure I offer the same support to Bob [Williams, GCMA CEO] and his team as we enter a critical period for the association.”

Having been invited to join the GCMA board of directors at its inception, and a long-standing member of the association, the scale of the appointment isn’t lost on Phil: “I love the history of our industry, so I was honoured to be on the board, but to be appointed chairman is an even greater personal honour. As a member, I also understand the expectations that our members have for our association, and I hope to guide the GCMA to deliver services and benefits that will allow them to fulfil their personal potential, and to help drive the golf industry forward.”

Acknowledging his new role, Phil plans to remain approachable, “I hope that members feel they can pick up the phone or come and talk to me. As a serving manager I am passionate about the success of our association, and you can never have too much constructive feedback.”

Paying tribute to the outgoing chairman, Phil said: “Mike has been a fantastic guiding hand on the tiller of the GCMA, and it should never be underestimated how much of a steadying influence he has been over such a long time. As well as being excellent at listening to the CEO, the board, the regional managers and our staff, Mike had a great understanding of the membership, and was always keen to ensure they came first.”

“Whilst Mike has never been afraid to give solid feedback at the right time,” Phil continued, “both the board and national committee will miss his calming influence.

“Over many years his attendance at meetings, travelling to and from GCMA events or simply being on the phone to the CEO and board have seen him being one of the best servants the GCMA has ever had. I’d like to echo the association’s best wishes, and thank him personally for all he has done for our association.”

Pictured: Phil Grice guides members of the GCMA’s Young Managers Group around the site of the new Royal Norwich