Golf’s newest public exhibition has secured its place firmly on the calendar, after this weekend’s British Golf Show attracted large crowds to Wycombe Air Park, delighting visitors and exhibitors. And next year’s show will be even bigger and better, promise the show’s organisers, emphatically confirming that the British Golf Show will return in May 2020. 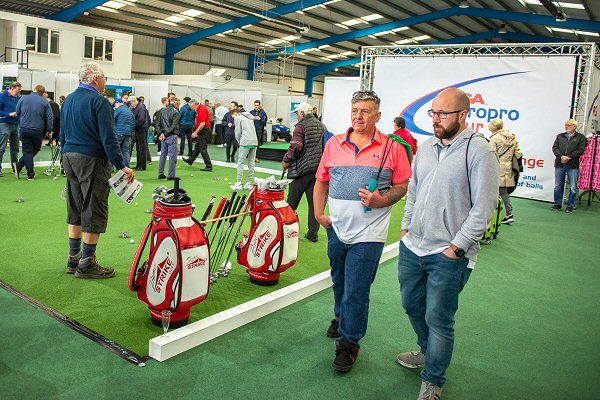 Over 6,500 people visited the show on Friday and Saturday, smashing expectations with healthy queues forming at the many interactive exhibits on offer.

Although there were just six bays on the outdoor range, well over 10,000 balls were hit – with demand so high that show organisers had to re-order golf balls halfway through the show.

On the Saturday in particular, queues were at least 45 minutes long to experience some of the more popular indoor attractions, such as the Zen Green Stage and the Beat The Pro experience with Sky Sports on-course commentator John E. Morgan in the PGA EuroPro Tour simulator.

With over 60 aircraft flying into the show, visitors were craning their necks Open Championship-style to see a constant stream of helicopters and planes landing on the nearby runway – many of them carrying visitors to The Elite London, the co-located luxury lifestyle show situated in three hangars adjacent to the British Golf Show.

With supercars, aircraft, motor yachts and other luxury goods to see alongside the golfing exhibits, this year’s British Golf Show was a first-time experience for all who visited.

Tributes have been paid by exhibitors who gambled on attending the first-year trial event, with several noting that the unique mixture of high net worth Elite London visitors plus the general golfing public proved to be successful.

“We’re already talking about what we will do here next year” said The Belfry’s Jack Bowen. “We came away with some very strong sales leads, and if you are a golfing venue I’d say you are missing an opportunity if you aren’t at this show. It was really good for us.”

“The first British Golf Show was superb fun with an abundance of amazing things to see and experience” said Gavin Hay at Custom Lab Golf, the event’s official retail partner.

Tony Eccleston, General Manager of golf fashion brand Duca del Cosma, said: “It was a positive first event. Golf needs more large-scale consumer experiences like the British Golf Show, and we certainly made sales – especially on the Saturday where there was a good atmosphere, very family-friendly.”

“We absolutely loved showcasing the PGA EuroPro Tour at The British Golf Show” said Dan Godding, the tour’s CEO. “The combined audience of Elite London guests and the general golfing public was extremely valuable for us. Our stand was well attended and we are certainly looking to exhibit at the show again in 2020”.

“Simply put, we sold clubs – in fact more so than at any previous show” said Vertical Groove Golf’s Samir Khan. “People were there to buy. It was a very successful couple of days for us. There was huge interest in our products, and I would say the prospects for next year’s British Golf Show are very good.”

“We were impressed by the size of the crowds, and were flat out giving demonstrations on the Green Stage” said Zen’s Nick Middleton. “We were busy right to the end on Saturday, and we are already making plans to bring two Green Stages to next year’s event – such was the demand we experienced at the weekend.”

“We were delighted to support the British Golf Show in year one, and I am thrilled that it was such a success. We look forward to being involved again next year” said Richard Peabody, CEO of How DidiDo.

“There was excitement, great visuals, lots of kids and newcomers to the game – exactly what we had hoped” said Doug Poole, CEO of the UK Golf Federation. “The additional element of having The Elite London alongside worked well, with a great mix of visitors. It was impressive, especially for a first-time show, and very much worth our time. We had 661 pre-registrations before the show, which is amazing, and they are coming in at around 50 a day at present’ We have 60 venues offering taster, coaching or return and play experiences which ensures over 3,000 customer places to try golf.”

“It was a brilliant event, and very beneficial for us” said East Sussex National’s Ellen Cowell. 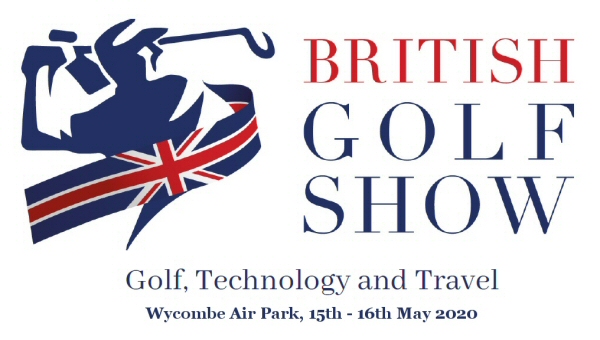 British Golf Show organiser Alex Ayling, Managing Director of The Elite Luxury Events, said: “I am delighted to confirm that, after the success of the first show, we will be back on May 15th and 16th next year with a bigger, better experience for both visitors and exhibitors.

“The support we received from the golf industry, and in particular HowDidiDo and the UK Golf Federation, was terrific. Thank goodness that some people were able to put their previous public golf exhibition experiences behind them, and join us in our leap of faith. I think the venture has been fully justified by the crowds who arrived, particularly on Saturday where we saw lots of golfers bringing their families and children.

“The second day was monumental: we smashed our expectations, with a very high percentage of our pre-registered visitors actually coming along to the show. We never expected to run out of range balls, for example, but we did. Thanks to Harleyford Golf Club for coming to our rescue!

“We had bloggers live-streaming their golf show experiences on YouTube, toasting their viewers with our complimentary glasses of champagne. We had people hitting golf balls in a simulator, and then whisking their children next door to be photographed beside a Lamborghini. We had visitors who had travelled from as far away as Australia and Holland specifically to see the show, as well as people who had made the trip from Portsmouth, Birmingham, Cambridge, Sheffield, Basingstoke and many towns in the Midlands such as Northampton and Leicester.

“So this is just the start. A constant refrain from people I talked to was that the additional Elite London factor made it a completely different experience from any other golf show they had been to. If that’s the case, wait until you see what we have in store for visitors in 2020!”