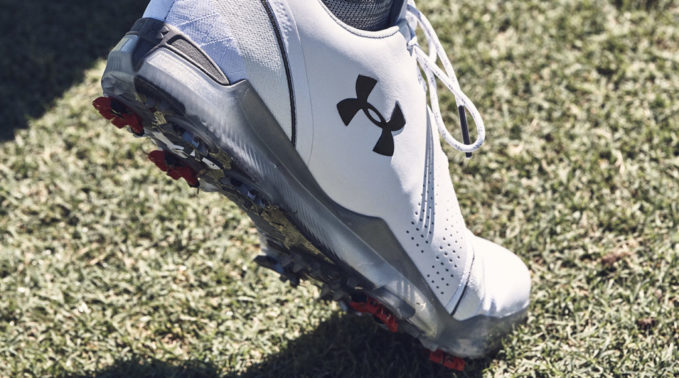 Jordan Spieth’s new Under Armour Spieth 3 golf shoes were designed to feel like the triple major champion’s favourite gym shoes, so they focus on lightweight comfort combined with traction control.

Working with a member of the European Tour Performance Institute who specializes in biomechanics, Spieth and the Under Armour’s design team undertook the task of creating a shoe that was not only lighter than the previous version, but offered even more grip and stability.

Incorporating insights into torque and rotation of the swing, Under Armour utilized a patented rotational resistance and traction system in the sole that grounds the foot, both vertically and horizontally, reducing the possibility for slippage at impact. 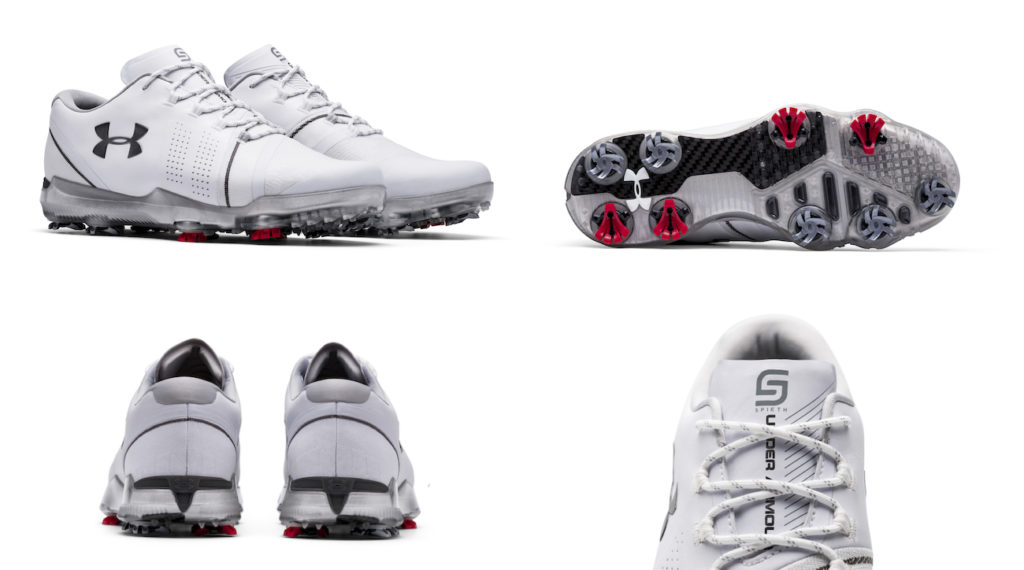 “My one concern when we went lighter was that there was no way it was going to be as stable, because you’re not weighed into the ground as much,” Spieth said. “I just wanted to make sure we did everything possible to make them as stable, if not more stable than the previous version.”

The traction system in the sole was paired with a Clarino microfiber upper and ‘Smart Woven’ jacquard forefoot and heel counter that supports the foot during the swing. A strategically placed carbon fibre insert and EVA midsole were also added to provide comfort and support on the course.

The UA Rotational Resistance Spike (RST 2.0) and Softspike Silver Tornado found on the sole not only improve traction, but lower the overall profile without impacting the putting green.

“I can tell they’re closer to the ground,” Spieth said. “So when I’m walking on the green, I can feel it better. And through the golf swing, it feels like my feet are gripping the ground, which is a difference maker you’ll feel from the Spieth 2 to the Spieth 3.”

The overall weight of the shoe (368g) was decreased with the help of a microfibre upper in the heel and woven jacquard in the forefoot. A waterproof membrane can be found just under the surface that breathes to release perspiration while keeping out additional moisture at the same time.

“My input was selfish,” said Spieth. “This is what I think will help me. If it happens to help another golfer, fantastic. But to me, if it helps me out, that’s the number one priority. But I like to think if it helps me, it’ll certainly help someone else as well.”

Under Armour’s Spieth 3 retails for £170 and will be available from February 1 on www.ua.com.